Would you like to switch to the accessible version of this site?

Don't need the accessible version of this site?

To get you back to an active lifestyle 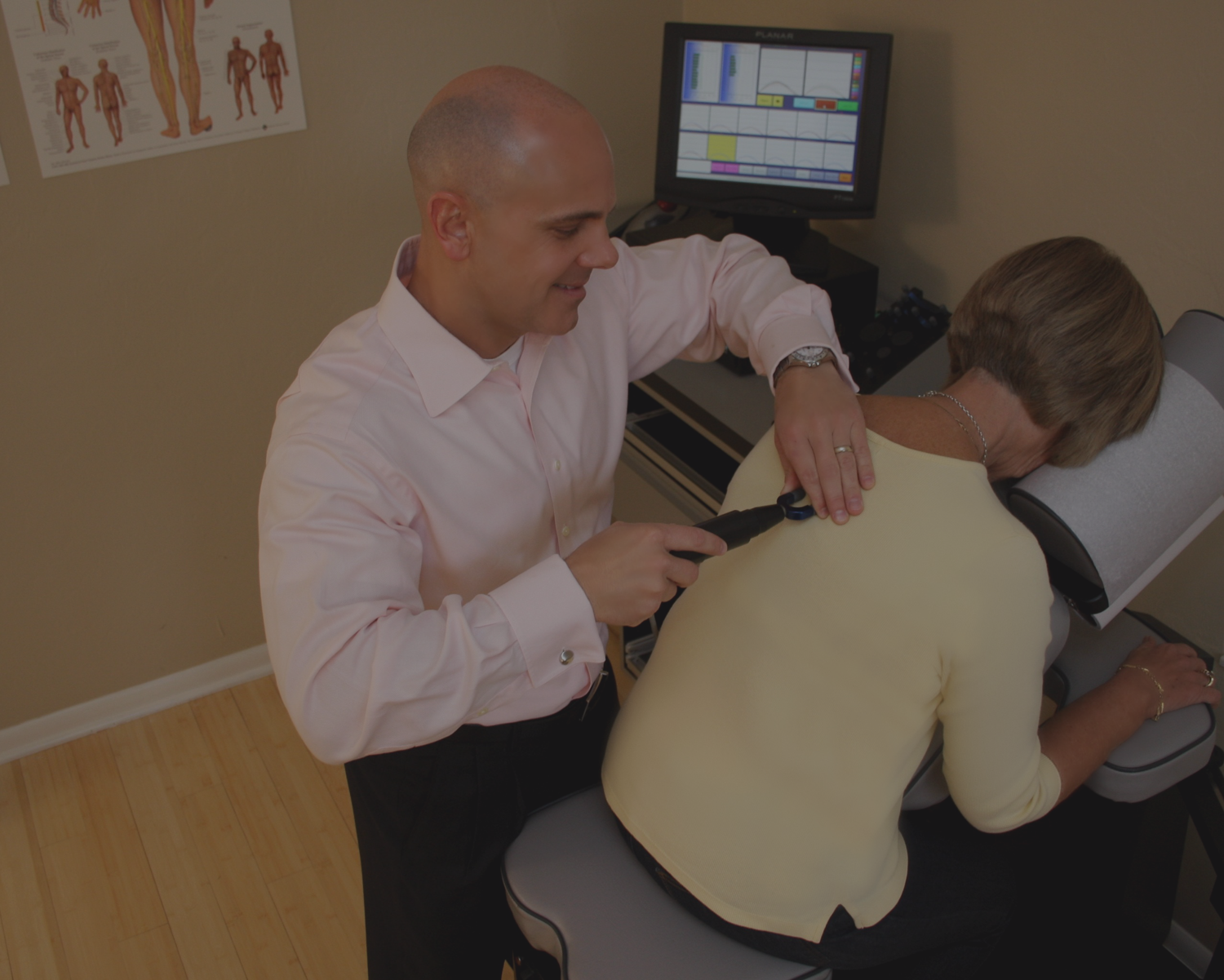 The ProAdjuster Helps to Fine Tune the Nervous System

Imagine thirty to forty years ago, if we told you that dentistry would be painless, that doctors would watch television to perform surgeries, that brain surgery for tumors could be done with a laser, that fetuses could be operated on within the uterus, that knife-less surgery could be performed- you would not have believed us.


By the same token, would you believe us if we told you that Chiropractic treatments and reorientation of the nervous system could be done comfortably, while you were sitting in an upright position without any turning or sudden movements? Would you believe that newborns as well as the elderly with osteoporosis can be treated safely and gently?
Advances in computers and engineering technologies have been able to uniquely blend with Chiropractic in order to both analyze and treat the human body in such a way that was never before realized.

How does it work?

The potential for the human being to end pain and achieve their peaknervous system function has never been greater. Humans are consistently asking their bodies to perform at higher levels. Now we have the techniques and the technology to match the demand placed on the spine and the nervous system. We now have the capability to fine tune our own energy and enhance every aspect of our lives.

Complex Technology, Simple Solution. The ProAdjuster.
You can achieve maximum health for your body now and in the future beginning with a simple anatomical concept. The nervous system (the brain and all the nerves) controls every function of your body. If this network is interfered with, pain ensues, as does bodily malfunction, resulting in sickness and diminished overall health. The "something" you can do to improve performance and maximize health is to maximize the health of your nervous system. There are several ways to do this. The number one way is allowing a doctor of Chiropractic using the ProAdjuster equipment to analyze and treat your nervous system.

How does the ProAdjuster work? To better understand, let's examine the idea of palpation. When a Chiropractor palpates your spine, they are checking for joint fluidity, motion and or rigidity. Improper motion effecting the nerve function is called a subluxation. In a similar fashion to palpation, the ProAdjuster can determine whether the vertebra's motion is too rigid or too fluid. The spine should not be too rigid (hypo-mobile). However, instead of utilizing the doctor's judgment as to what areas are hyper-mobile or hypo-mobile, the ProAdjuster measures precise levels of motion. Therefore, the ProAdjuster can isolate a problem area faster and more accurately than manual procedures.

How can anything so gentle and comfortable change my spine?
The ProAdjuster utilizes a precise oscillating force with uninterrupted motion. It is able to increase the mobility of the spinal segments by reducing or enabling motion in the abnormal areas. In other words, the ProAdjuster is "unsticking" the joint. Have you ever seen a woodpecker tapping in an oscillating fashion on a tree? It is hard to believe, but you can watch them bore right through the hardest wood! The ProAdjuster taps in much the same way but uses soft tips that are comfortable to the human body and do not create damage.

Combining Tradition with Technology
Following examination with the ProAdjuster, the doctor will then determine the correct treatment to be applied. The way the ProAdjuster instrument determines whether the vertebra is too rigid or too fluid is by applying a light mechanical test force to the joints directly over the patient's spine. This is different from manual palpation, because when applying hands on pressure, the body goes into a normal defense (posture mechanism). It causes the muscles to contract and guard against an impact.
If you ever have "flinched" at something, you know exactly what is meant by this. The piezoelectric sensor in the ProAdjuster instrument responds and registers information faster than your body's ability to react. Therefore, a precise and accurate picture of the extent of rigidity or fluidity of each vertebra is reflected.

A light force is introduced into the vertebra to check motion, it is reflected back to the piezoelectric sensor, which measures the reflective force, sending it to the computer for interpretation, all before the muscle can respond in its normal way. Isn't that incredible? This is the same technology and same type of instrument that NASA engineers have used in the space program in order to evaluate the integrity of the ceramic cooling tiles on the outside of the space shuttle. The aviation industry, as well as civil engineers have used this technology in order to test metal fatigue in aircraft and bridge spans.

Chiropractors are now able to use this highly sophisticated technology applied to the human body to determine proper function. We can have the same level of care given to our bodies as multi-million dollar spacecraft. Doesn't that give you a sense of being special and give you a higher level of confidence?

What can you expect from your ProAdjuster doctor of Chiropractic?

First, our doctors will engage in a one-on-one conversation with you to determine your medical history and the possible causes of your problem. The adjustment and treatment procedures then can be customized to fit each patient's needs. The next step in evaluation and treatment is to utilize the ProAdjuster's sophisticated computerized analysis to pinpoint the problem areas. The information is then charted graphically on a computer monitor, so your doctor can detect the problem areas on each and every visit.

Your doctor will now begin treatment with the ProAdjuster. By applying the ProAdjuster's resonant force impulses precisely to the affected areas, you will receive gentle, effective treatment to that specific area, thereby reducing the subluxation. This will relieve the pressure on the nerve, allow the nerve to heal and restore the nerve's ability to transmit signals to and from the brain more freely. Most importantly, it will help relieve the pain! In addition, your doctor may again take the readings after the adjustment with the ProAdjuster to compare the results. That's putting analysis on a whole new level! If you are looking to enjoy more quality time with your family, have more energy and less fatigue, perform better at work and live life to the fullest with less limitations, then give Chiropractic and the ProAdjuster a try! You'll be very glad you did.

Send Us An Email Today!

Find Out When We Are Open